An Ainu man is carving a piece of wood next to what appears to be a hut. Wood carving has long been an important part of Ainu culture.

It has survived to this day because political developments in the late 19th and early 20th century forced the Ainu to find new ways of making a living. Eventually an Ainu wood and craft industry wood evolved. The history behind this development is extremely painful.

After Russia expanded south into the Kurile islands from the second half of the 18th century, Japan responded by taking control of Hokkaido, then known as Ezo (also: Yezo, Yeso, or Yesso). In 1871, a new Family Registration Law classified Ainu as Japanese subjects and therefore subject to Japanese laws. Ainu land was nationalized in 1878 and the Ainu language, as well as Ainu customs were banned. Worst of all, with a few exceptions, hunting and fishing were banned.

Japanese oppression created much fear among the Ainu. When British travel writer Isabella Lucy Bird (1831–1904) stayed with Ainu in 1878 she encountered this fear repeatedly. Bird, the first Western woman to travel into the interior of Japan by herself, gives a vivid description of it in a letter to her sister Henny. In spite of her Victorian world view and belief in the benevolence of government she still notices and acknowledges the Ainu’s strong fear of the Japanese authorities1:

Having lost their only means of existence, Ainu quickly fell into abject poverty. To add insult to injury, Ainu lands were overrun by Japanese immigrants. At the start of the Meiji Period (1868-1912), only some 120,000 Japanese lived in Hokkaido. But as the 19th century drew to a close, there were more than 1 million.

Ainu men were forced to work for fishing and logging companies owned by these new immigrants, where they were often treated as if they weren’t human. Many Japanese called Ainu dogs. Bird complains about this in one of her letters after her Japanese interpreter and guide told her indignantly “they’re just dogs, not men.”3

In order to eek out a living, many Ainu started to carve wooden statues to sell as souvenirs. Especially popular among tourists were bear carvings. Until then, these had only existed as religious objects, usually as headdresses and prayer sticks. Complete bear carvings were actually only made by the Ainu on the Sakhalin islands, where they were used to pray for the bears’ fertility, bears playing a major role in Ainu beliefs. Transforming these sacred items into objects for making money was very troubling to the Ainu, and many refused to do so.

However, some Ainu managed to overcome their reservations and began small museums where they displayed and sold Ainu art and craft to visiting tourists. As the religious aspects were slowly moving into the background, the Ainu art of bear carving developed rapidly. This was especially the case during the 1920s, when this photo was taken, and the 1930s.

During this period, a former bear hunter by the name of Umetaro Matsui (松井梅太郎. 1901-1949) started carving bears in the town of Asahikawa (旭川市) after barely surviving being mauled by a bear during his early twenties. Matsui became extremely well-known and in 1938 he was even selected to carve a bear for Emperor Hirohito (1901–1989).4 Predictably, this persuaded many Japanese to buy Ainu bear carvings for interior decoration, greatly helping to launch an Ainu art and craft industry that continues to this day.

1 Bird, Isabella L. (1911). Unbeaten Tracks in Japan: An account of travels in the interior including visits to the aborigines of Yezo and the shrine of Nikko. John Murray.

3 Bird, Isabella L. (1911). Unbeaten Tracks in Japan: An account of travels in the interior including visits to the aborigines of Yezo and the shrine of Nikko. John Murray. 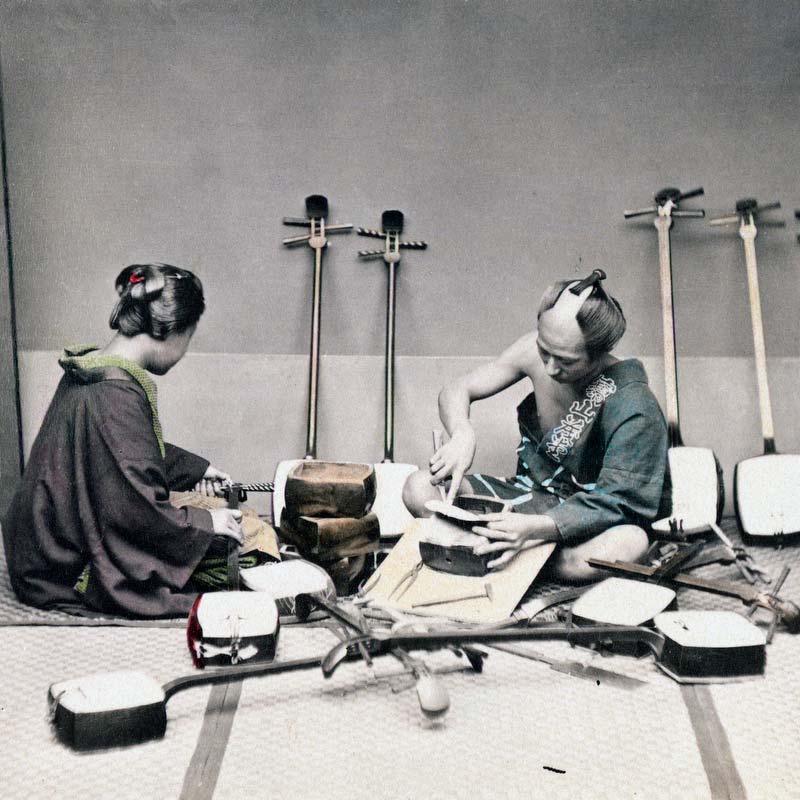 A craftsman, wearing a traditional chonmage hairstyle, is working on a Shamisen, a three-stringed musical instrument played with a Bachi (plectrum), while being assisted by a woman in kimono. 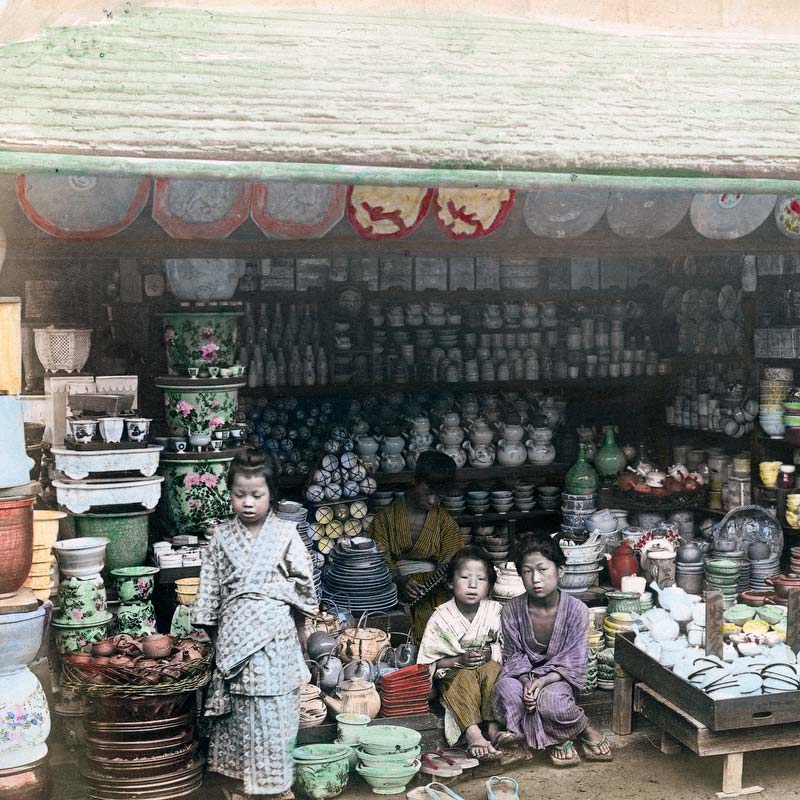 Three children sit in front of a shop cramped with ceramics and pottery. 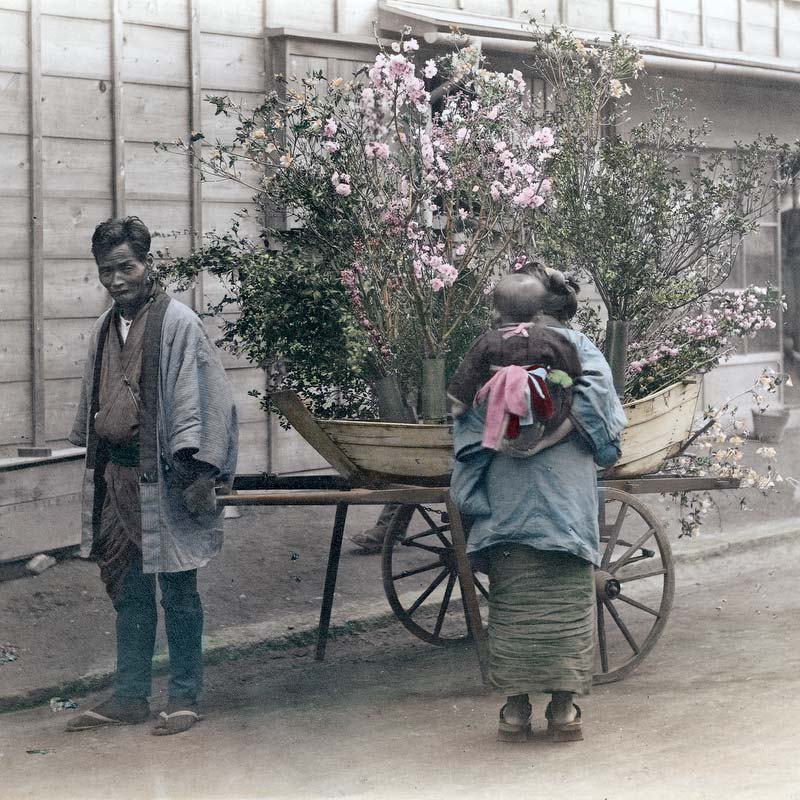 There are currently no comments on this article.